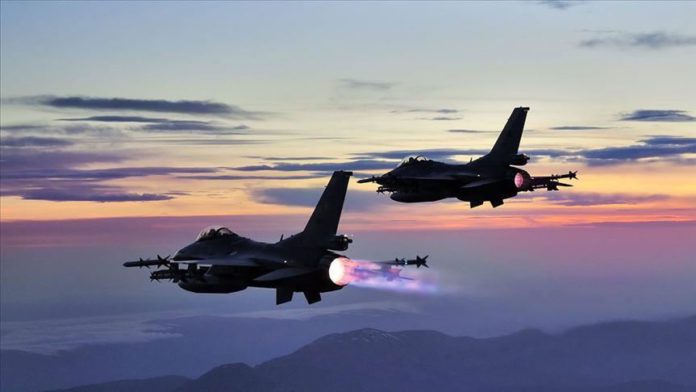 Airstrikes targeted the terrorists in the Haftanin region, the ministry said on Twitter, sharing footage of the operation.