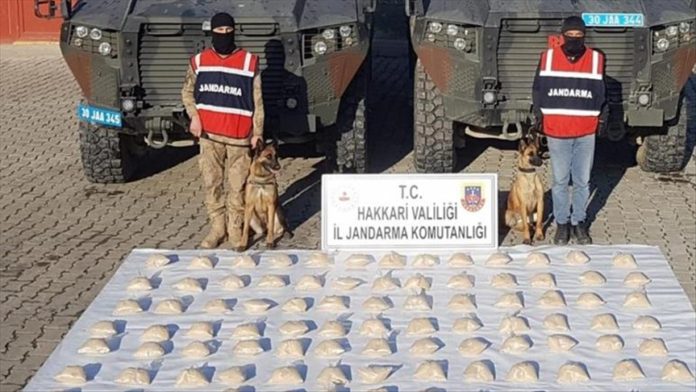 In the Genc district of the eastern province of Bingol, gendarmes captured 117 kilograms (over 257 pounds) of marijuana. They also arrested a suspect over drug trafficking.

Separately, gendarmes in the Yukseova district of the southeastern Hakkari province, bordering Iraq and Iran, seized 48 kg (over 105 lbs) of heroin. A suspect was also arrested.