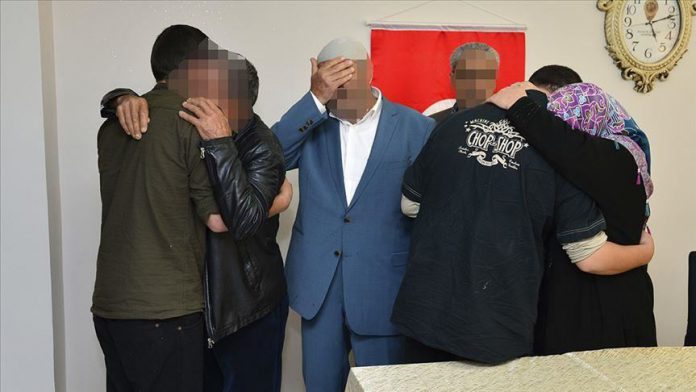 Two young men, who had joined YPG/PKK terrorist organization at their very early ages, left terrorist ranks and reunited with their families.

The duo, who are 19 and 20 years of age, contacted their families via phone — who are staying in Turkey — to seek help in escaping the terrorist organization.

The families got contacted Turkish security forces to ensure safe return of their children. The security and intelligence personnel contacted the duo and helped them escape.

The two came to northwestern Syria’s Afrin region from Tal Rifat town and surrendered to the Turkish security forces.