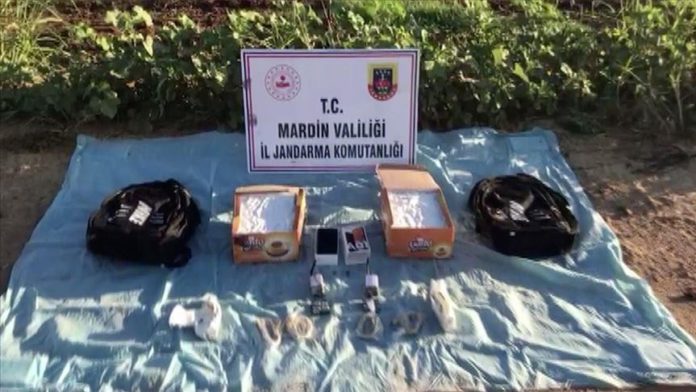 The country’s intelligence service and provincial gendarmerie conducted a joint anti-terror operation in the southeastern Mardin province, said the sources on condition of anonymity due to restrictions on speaking to the media.

In the operation, two alleged terrorists and a person who helped them were arrested.

According to the bomb squad, the explosives seized had the potential to blow up a three-story building.

No statement has yet been made about the affiliations of the suspects.

Turkey has been under attack from the YPG/PKK and Daesh/ISIS terror groups in the last decade.