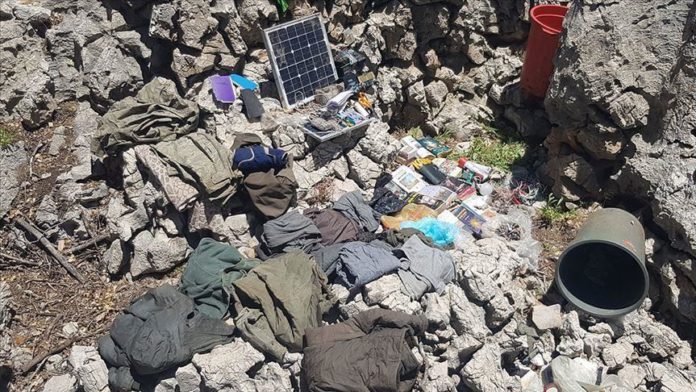 A terrorist in the custody of Turkish security forces revealed the location of 2 PKK terror group’s winter hideouts.

The terrorist, identified by the initials M.A. with the codename Mervan, was nabbed on June 20 in the southeastern province of Adiyaman.

In an operation on June 25-26, nine different places were searched.

Along with the two hideouts, a rag of the terror group, a stove, a solar panel, six batteries, 400 meters of copper wire, 75 small batteries, documents belonging to the organization and many life supplies were seized.