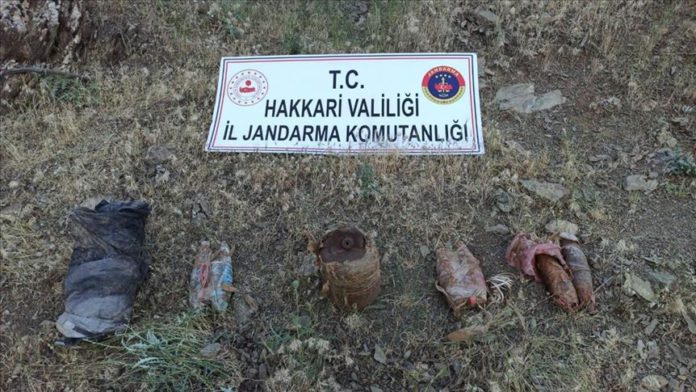 Six pieces of explosive-propelled gun ammunition belonging to YPG/PKK terrorists have been seized in southeastern Turkey, authorities announced on Monday.

In an operation in the province of Hakkari, also seized were hand grenades, 10 meters of copper wire, two detonators, and sleeping bags, the Hakkari Governor’s Office said in a statement, adding that the explosives were destroyed at the scene.

Separately, in Cukurca in the province, a large cache of ammunition and hand grenades were found hidden in a cave which served as a living space for PKK terrorists, Turkey’s National Defense Ministry announced.

Items seized in the 35-meter (115 foot)-long cave include 266 pieces of ammunition for Dragunov sniper rifles and a hand grenade, a statement said.

Commandoes continue searches and operations to expose and stop YPG/PKK terrorist plots in the region, the ministry said.

In its more than 30-year terror campaign against Turkey, the PKK – listed as a terrorist organization by Turkey, the US and the European Union – has been responsible for the deaths of 40,000 people, including women, children, and infants. The YPG is the PKK’s Syrian offshoot.