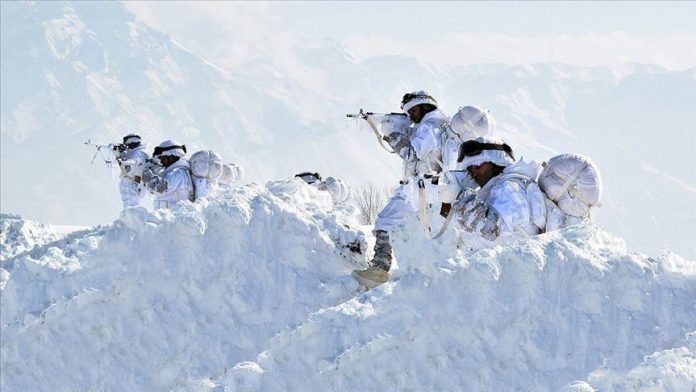 Acting on a tip, the provincial gendarmerie command launched an operation in Tatvan in the Bitlis province on Tuesday, the governorship said in a statement.

The statement said that a total of 12 gendarmerie special operations and six gendarmerie public security teams took part in the operation.

It also stressed that determined operations to ensure security and tranquility in the region would continue.