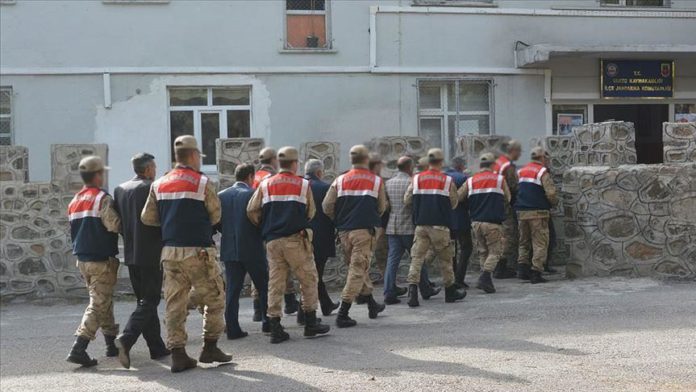 At least nine PKK terror suspects, who martyred Gendarme commander Maj. Arslan Kulaksiz in 2015, have been arrested, the Interior Ministry said on Monday, marking the fifth anniversary of the martyrdom.

Many terror group-related documents and digital material were seized in the operations.

Three of the suspects had been neutralized in various operations carried out by security forces.

The efforts are ongoing to catch the remaining suspect, who joined the YPG/PKK terrorist group in Syria, the statement added.

On June 27, 2015, Kulaksiz was attacked by PKK/KCK terrorists in Mus, when he was travelling with his wife in his car.

He was martyred in the treacherous attack, while his wife Sibel Funda Kulaksiz was injured.