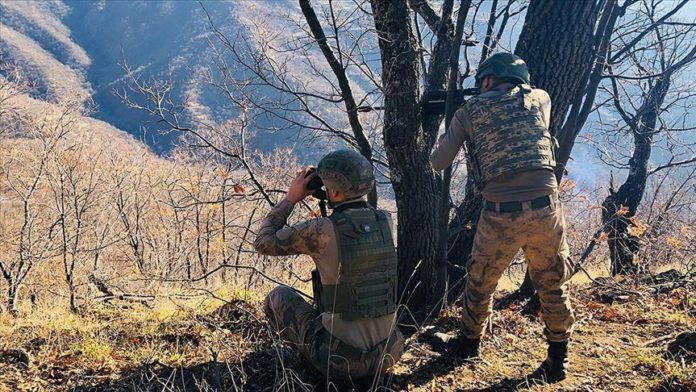 “Six other PKK/YPG terrorists, who were found to be carrying out terrorist activities to disrupt the environment of peace and security in Operation Olive Branch area, were detained,” the ministry said on Twitter.