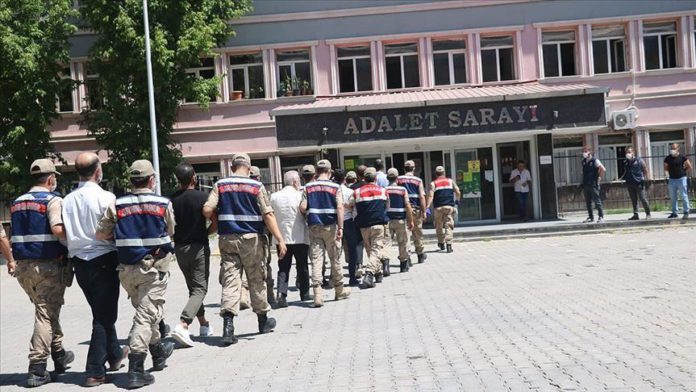 The suspects were held over charges of “being a member of an armed terror group” and “premeditated murder,” according to the sources who spoke on the condition of anonymity.

The development comes days after the provincial gendarmerie command in eastern Mus province identified on July 27 13 suspects in connection with the martyrdom.

Hence, as many as nine suspects, (three of them formally arrested) were detained in simultaneous operations in Mus and Balikesir provinces. Three others were neutralized. Efforts to catch one remaining suspect, meanwhile, are continuing.

On June 27, 2015, Kulaksiz, driving along with his wife in Mus, was attacked by PKK/KCK terrorists.

He was martyred in the treacherous attack, while his wife, Sibel Funda Kulaksiz, got injured.