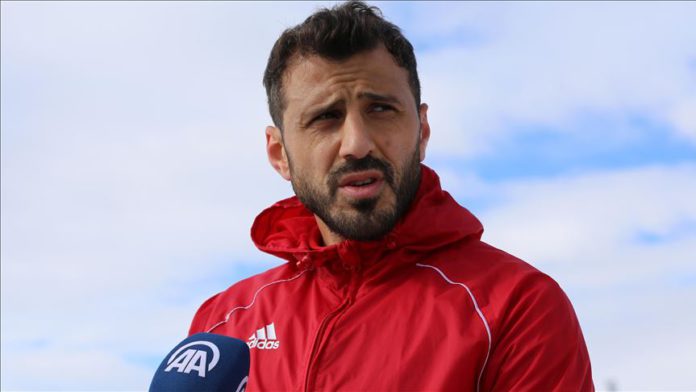 A Turkish Super Lig player on Friday said he is worried about the resumption of football competitions next month in this country as the coronavirus pandemic is still posing danger.

“Football players on the pitch will face a psychological pressure during tackles to possess the ball. The matches will be without fans. It means there will be no stadium atmosphere so the games will not be fun,” Demir Grup Sivasspor defender Caner Osmanpasa told Anadolu Agency.

Osmanpasa said all players have this fear because the Super Lig starts early.

“The League begins early, we should have got rid of this virus completely. Then everyone can feel comfortable to play football and fans will come to stadiums. It wouldn’t be a problem if they [Turkish football body] had delayed [leagues] for a while,” the 32-year-old Turkish player said.

“Health comes first. I think the competitions [in Turkey] should be postponed for some time or canceled.

“You step on the pitch to play football, the game we play requires contact,” he remarked.

He added that people who tested negative will return to their home or go to supermarkets after the games.

“For instance, if I go to a market before a match and get infected there, and what if I played in a match and my opponents or teammates get infected [because of me] as well,” Osmanpasa said, warning Turkish football authorities about possible risks.

Football leagues in Turkey, suspended in March due to the virus outbreak, are set to resume next month.

Football season in Germany is set to resume on Saturday after a two-month break due to the pandemic.

Bundesliga is the first European football league to restart during the ongoing pandemic.

Similar to Turkey, the Italian football is expected to return next month as the Serie A will continue on June 13, pending government approval.

Portugal’s premier football league will restart in June as well. The Liga NOS was scheduled to resume play on June 4, Portuguese football body said this week.

Sports events in the UK — including the English Premier League — may earliest resume with second step to go into action on June 1, the British government said in road map on Monday.

The Netherlands and France, however, each preferred to end their leagues early.

There will be no champions in both the Dutch premier league Eredivisie and second-tier Keuken Kampioen Divisie and none of the leading clubs in these leagues will be named 2020 champs.

Paris Saint-Germain were declared 2020 winners in France as the Ligue 1 Conforama was ended last month.

* Writing by Can Erozden in Ankara