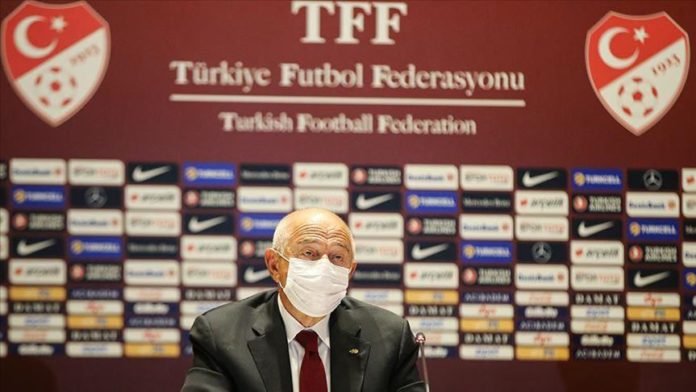 Turkish Football Federation (TFF) President Nihat Ozdemir confirmed Wednesday the date for the resumption of the league will be announced May 28.

Ozdemir said previously the Super Lig would restart June 12 after being suspended in March because of the coronavirus.

TFF and Football Clubs Association met for four hours Wednesday at the Riva Hasan Dogan National Teams Camp and Training Facility to discuss the future of the league.

“A total of seven clubs wanted no relegation from Super Lig this year and to play with 21 teams in the next season. We will examine this request and we will make a decision for the relegation and number of teams in the coming days,” said Ozdemir.

Ozdemir said the reserve league will start next season instead of the Under-21 league which was canceled last year.

He emphasized the federation reached an agreement with the Football Clubs Association to establish the reserve league next season.