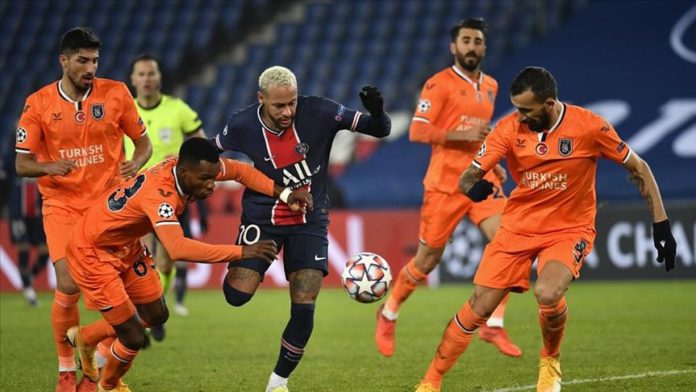 This season Turkish football clubs hit rock bottom in UEFA organizations as no Turkish team is going to be in a European campaign in 2021 spring.

This season there were five Turkish clubs in the UEFA organizations; Medipol Basaksehir were in a Champions League group.

Besiktas, Galatasaray and Aytemiz Alanyaspor failed to reach the group stage in the Europa League.

Meanwhile, Sivasspor made the Europa League groups for the 2020-21 season.

Basaksehir had one win but five losses in Group H, where the Turkish team battled Paris Saint-Germain, RB Leipzig, and Manchester United.
The Istanbul club had 3 points to finish this group in the last place. Group winners PSG and second-place Leipzig bagged 12 points each to be in the Round of 16.

Manchester United had 9 points to march to the Europa League Round of 32.

So Basaksehir’s journey in Europe ended before 2021. Sivasspor was the only Turkish club in this season’s Europa League groups.

They were in Group I to take on Spain’s Villarreal, Israel’s Maccabi Tel-Aviv, and Azerbaijan’s Qarabag.

Sivasspor had two wins but four losses to end this stage in third place to be out of the Europa League.

According to the format, only the best two teams in groups join the Round of 32.

Villarreal won this group with 13 points. Maccabi Tel-Aviv had 11 points. These two teams qualified for the next round.

Similar to Sivasspor, Qarabag have been eliminated as the Azerbaijan team had only one point.

Following the recent failures of Basaksehir and Sivasspor, no Turkish clubs left in Europe for 2021 matches.

It was the 2005-2006 season when all the Turkish teams faced the same fiasco.

In that season, Fenerbahce were eliminated from Champions League groups while Besiktas did the same in the UEFA Cup.
The UEFA Cup was rebranded as the UEFA Europa League in the 2009-10 season.

The clubs, who could not enter the top-tier Champions League or second-tier UEFA Cup, went to the Intertoto Cup, which was abolished in 2008.

Turkish clubs final positions in Europe (as of 2005-06 season) are as follows:

3 clubs fail to be in Europa League groups

Besiktas, Galatasaray and Alanyaspor were each unable to reach the Europa League groups.

The Black Eagles were eliminated by Portugal’s Rio Ave in Europa League third qualifying round.

Galatasaray’s Europa League journey ended in the playoffs as Scottish club Rangers knocked the Lions out of the European campaign.

Alanyaspor, a Turkish team from the Mediterranean region of the country, were eliminated in the Europa League’s third qualifying round by Norway’s Rosenborg.

Turkey’s five clubs recorded only five wins out of 18 games in European campaigns this season.

They suffered five defeats and recorded one draw in Besiktas’ Europa League third qualifying round clash against the Portuguese side Rio Ave as the normal time ended 1-1 and Besiktas were knocked out of Europa League on penalties.

Basaksehir had one win in the UEFA Champions League after beating Manchester United 2-1 at home on Matchday 3.

Demir Group Sivasspor won two matches in Europa League against Qarabag but Basaksehir and Sivasspor were not able to move onto the knockout stages.

*Writing by Muhammed Enes Calli and Can Erozden