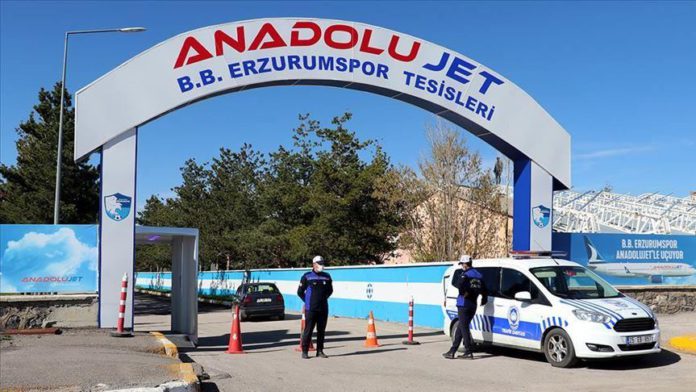 Eleven members of Turkish football team Erzurumspor have tested negative for coronavirus a second time, the club confirmed on Monday.

“Following the five-day treatment of 11 individuals whose COVID-19 tests were positive on 13 May, they were tested today and the second tests were all negative,” the club said on Twitter.

After being discharged from the hospital, the club added, the staffers will undergo 14-day mandatory quarantine.

Turkey’s football leagues, which have been suspended since March, are set to resume next month.

The second-tier TFF First League, where Erzurumspor currently plays, is scheduled to restart on June 19.

On Monday, the country registered 1,158 new cases, bringing the tally to 150,593, according to Health Ministry. So far, 4,171 people have died from the disease.