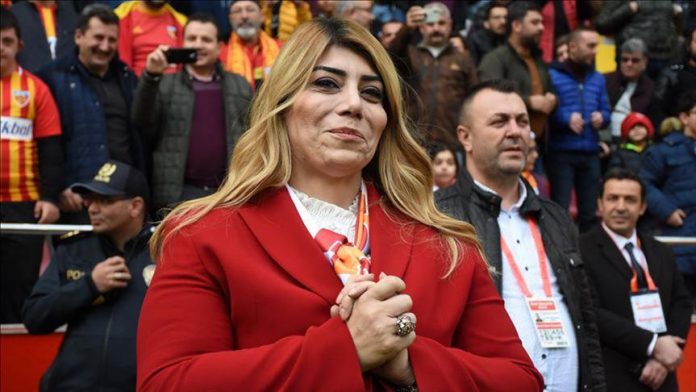 A Turkish businesswoman on Saturday was elected the first chairwoman of a club playing in the country’s top-tier Turkish Super Lig football division.

Kayserispor in central Turkey held a meeting to elect Berna Gozbasi — the sole candidate — permanent chairperson by a unanimous vote.

After being elected club chair, Gozbasi said that the new board will do their best to propel the team to the top of the league, as Kayserispor are currently in last place with seven points.

The club’s current poor run makes them a candidate for relegation to a lower division.