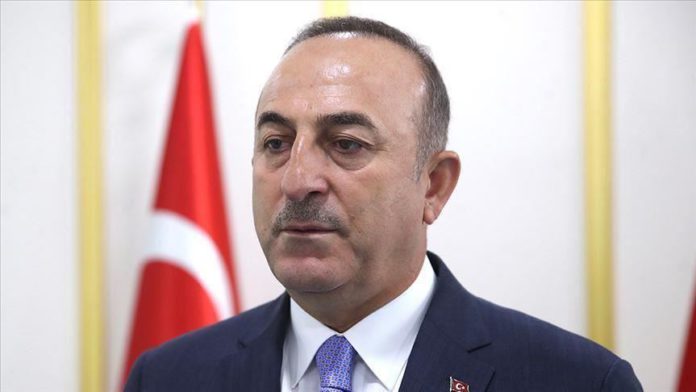 Turkey’s foreign minister spoke over the phone with his German and Irish counterparts, according to a diplomatic source on Tuesday.

Mevlut Cavusoglu discussed tourism and bilateral relations as well as the latest developments in Libya and Eastern Mediterranean with Germany’s Heiko Maas and Ireland’s Simon Coveney, said the source on the condition of anonymity due to restrictions on speaking to the media.

In November 2019, Turkey and Libya signed landmark pacts on military cooperation, as well as maritime boundaries in the Mediterranean Sea.

The Libyan government launched Operation Peace Storm against Haftar in March to counter his attacks on the capital since April 2019, and recently liberated strategic locations including al-Watiya airbase and the city of Tarhuna, Haftar’s last stronghold in western Libya.

The maritime pact between Ankara and Tripoli asserted Turkey’s rights in the Eastern Mediterranean in the face of unilateral drilling by the Greek Cypriot administration, clarifying that the Turkish Republic of Northern Cyprus also had rights to resources in the area. It went into effect on Dec. 8, 2019.

November 12, 2019
We use cookies to ensure that we give you the best experience on our website. If you continue to use this site we will assume that you are happy with it.Ok