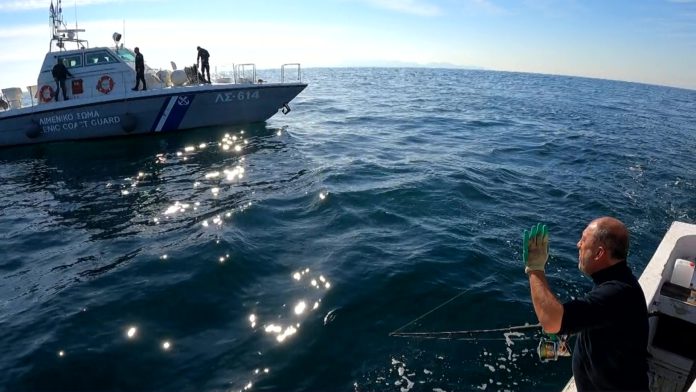 A Turkish fisherman and his crew were harassed by the Greek Coast Guard while fishing in international waters, a video he made of the incident shows.

Ilker Ozdemir said Thursday that he was fishing in international waters off Turkiye’s Gokceada island and a few miles from Greece’s Samothrace island.

Speaking to Anadolu Agency, Ozdemir said they make a living by fishing around Gokceada, located off the coast of Turkiye’s northwestern Canakkale province, adding they were in an area known as the Giraffe Cliffs, which is in international waters.

“This region is located six miles (9.6 kilometers) off the Greek island of Samothrace. It is in international waters. These are waters that we should all use,” he said.

“The Greek Coast Guard boat came near us while we were fishing. They came before as well, but we never took a video of it. We launched a YouTube channel recently and we had cameras this time. We took a video of the incident. They harass us regularly. They scare us, and they even pulled a gun on us in the past,” said Ozdemir.

He said they called the Turkish Coast Guard immediately and its teams intervened in a very short time.

Ozdemir said the Greek Coast Guard team that came to harass them told them that they were in Greek waters, but his crew also recorded the coordinates, and it shows that it was indeed international waters.

“They threatened to shoot us, sink our boat. But we refuse to go. We were fishing for about two to three hours and then we returned. They returned to their waters and watched us the whole time,” he added.