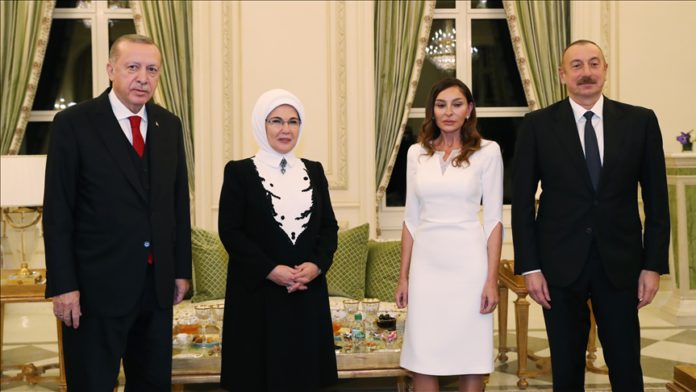 “We always stand by the rightful cause of Azerbaijan. I thank President Ilham Aliyev and his valued wife Mehriban Aliyeva for their sincere hosting,” Erdogan said on Twitter.

The parade was held at the Azadlig Square to celebrate Azerbaijan’s recent military success in liberating its region of Nagorno-Karabakh from nearly 30 years of the Armenian occupation.

The parade featured over 3,000 personnel, some 150 military hardware, including missiles and artillery systems, air defense systems, unarmed aerial vehicles, warships and boats, as well as part of the military equipment seized by the Azerbaijani army from the Armenian forces during the Patriotic War.