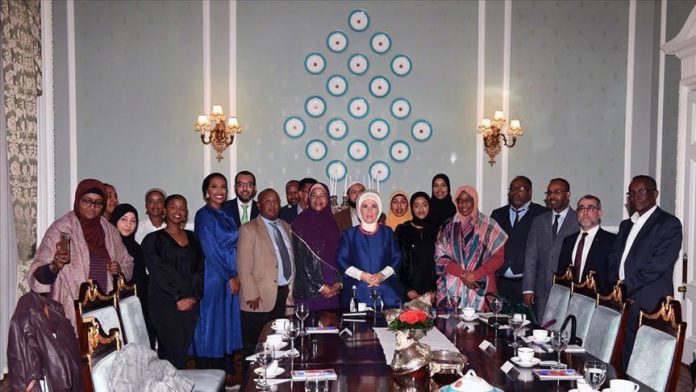 Turkish First Lady Emine Erdogan met with representatives of the Global Somali Diaspora Organization and members of the U.K. parliament Wednesday following a NATO summit in London, the Turkish Presidency said in a statement.

Erdogan met with members of the House of Lords, Conservative Baroness Sayeeda Warsi and Liberal Democrat Lord Qurban Hussain as well as Labour member of parliament Yasmin Qureshi and shadow minister Naz Shah at the Turkish embassy in London.

Multiculturalism and the refugee crisis were discussed during the meeting.