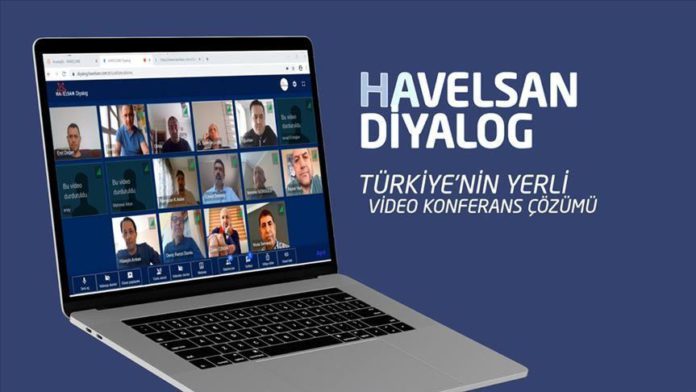 The use of videoconference software rose sharply after the emergence of the COVID-19 pandemic, which caused lockdowns globally.

The high demand for this software also revealed some security problems.

Havelsan’s Diyalog, which will be brought into use in the coming days, will provide high safety, according to the information received by Anadolu Agency.

The software will have several features, such as end-to-end encryption, screen sharing, safe voice-call, and videoconferencing with high-definition standards as well as secure texting.

Ahmet Hamdi Atalay, the general manager of the firm, said the software is unique and noted: “It can also work on corporate and cloud servers.”

It brings an end-to-end solution for the information security problem in Turkey, he stressed.

People will able to use the program via internet browsers, such as Safari, Chrome, Opera, Firefox, Mozilla, Tizen and Vivaldi.

The software will not have participant or time limit for videoconferences, he added.

Atalay stressed that the software can also be exported to other countries.

* Writing and contribution by Gokhan Ergocun from Istanbul

El Salvador 1st country to have Bitcoin as official currency