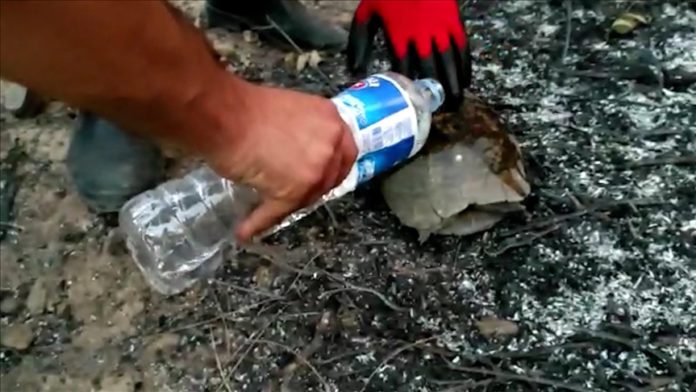 A turtle stranded among the ashes in a forest fire in southern Turkey was rescued by firefighters in the area to support decontamination efforts after forest fires in the area were extinguished.

After forest fires in Mersin province were extinguished, a team of 15 personnel and nine vehicles were sent to support efforts in the fire-hit district of Manavgat in the neighboring Antalya province, according to a statement by the municipality of Mersin.

Crews working to bring the fire under control noticed a turtle stranded among the ashes.

The turtle, which the fire department gave water to drink and washed, was taken to a safe area and then handed over to citizens to be released to its natural habitat.

According to official figures, at least eight people have lost their lives in the fires in southern Turkey that started on July 28.