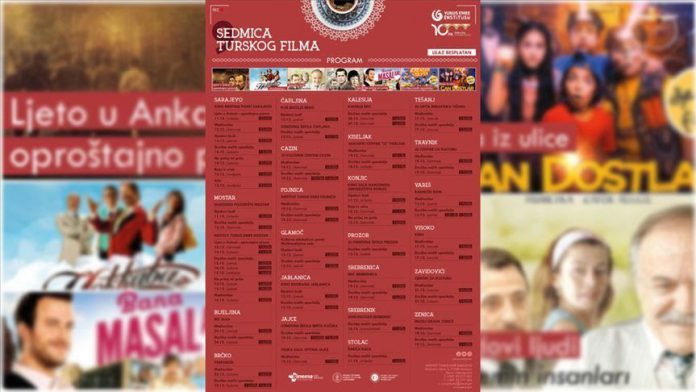 The Turkish Film Week will kick off in Bosnia and Herzegovina on Wednesday.

Seven Turkish films will be screened at the festival which will run through Dec. 15 across 23 cities covering nearly all of Bosnia and Herzegovina.

The ninth edition of the festival is organized by Turkey’s Yunus Emre Institute.

Juggler, My Grandfather’s People, Telling Tales, Ayla, Rafadan Tayfa Dehliz Adventure and Kids on the Block will also be

Read more: Turkish Film Week to kick off in Bosnia