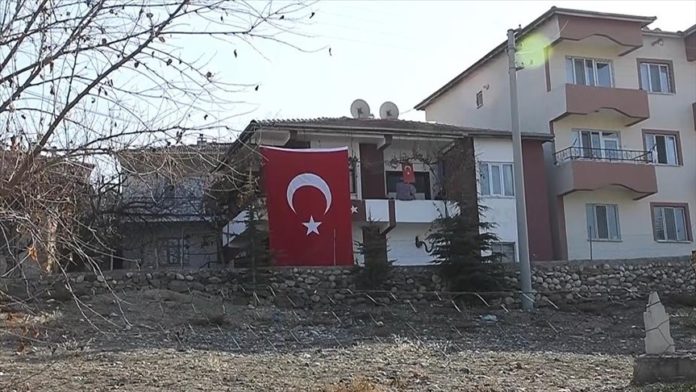 Turkish families in the northern province of Corum are mourning for their loved ones who lost their lives in Saturday’s deadly terror attack in Somalia.

The suicide attack killed five people, including two Turkish nationals Selami Aydogdu and Erdinc Genc, the employees of a Turkish company in the Somalian capital Mogadishu, and injured several others.

Genc, 44, a father of three, was rushed to the Recep Tayyip Erdogan Hospital in Mogadishu for treatment, but he succumbed to his wounds.

His wife, Melek Genc told Anadolu Agency that the place where her husband was working was guarded by soldiers.

“When I could not reach my husband [via phone], we turned on the TV and in the news we learned that there was a terrorist attack in the place where my husband was working. Later, we learned from our other acquaintances that my husband was injured and rushed to the hospital. Then the bitter news came,” she said.

It was also learned that Selami Aydogdu, 22, was married six months before the incident.

Omer Aydogdu, the father of Selami Aydogdu, was also injured in the attack.

The Turkish company was working on the Mogadishu-Afgoye road project and contributing “to the development and prosperity of Somalia”, the Turkish Foreign Ministry said on Saturday.

The bombing took place in the village of Lafole, located some 22 kilometers (13 miles) southwest of the capital Mogadishu, according to a local police officer.

The construction project is funded by the Qatari government and is being carried out by the Turkish company.

The Somalia-based al-Shabaab, which is affiliated with al-Qaeda, claimed responsibility for the attack.

US senator who knew about pandemic sold personal stocks

SKorean president to visit Biden in May: White House