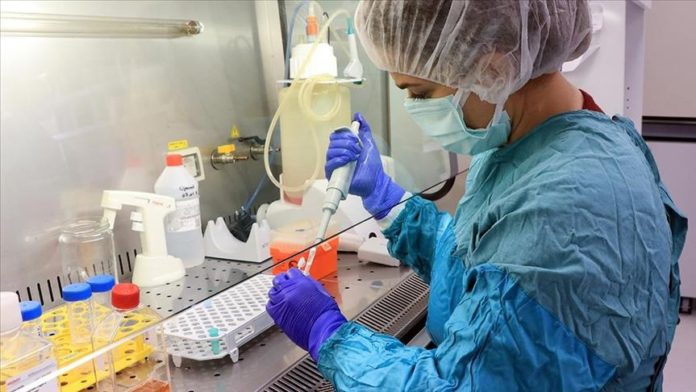 Turkish experts have warned against three new strains of the coronavirus from England, South Africa and Brazil that now threaten the world due to its high rate of transmission.

A team of top medical experts in Turkey made a detailed assessment of the mutations and concluded that all three variants are likely to spread across the world in a short period.

The UK variant, known in medical circles as the “variant of concern”, was first detected in the second half of September last year.

It quickly spread to south of England and became the dominant virus, especially in December, despite tight measures in place.

Moreover, the mortality rate of the mutated virus is higher. Studies have shown that it affects all age groups and its response to the vaccine is low.

The increasing number of cases has put pressure on the healthcare system, leading to an increase in the number of seriously ill patients and deaths.

The mutated virus, which has spread to many countries, has increased its share in intra-community transmission, especially in Ireland and Portugal, as well as Switzerland and Denmark.

There are concerns that the variant virus might become the dominant strain in mid-February. In Turkey currently, there are 128 cases — including 114 from the UK — of the new strain.

According to the assessment, the second variant, was detected during the second wave in South Africa in December 2020.

Initial studies showed that this variant may be resistant to neutralization by natural infection and post-vaccination antibodies.

The contagiousness of this variant, which is now dominant in South Africa, has increased, but it has not yet been determined whether it causes a change in the course of the disease.

This variant, seen in “travel-related cases”, has been detected in 31 countries so far. Some of these led to case clusters without travel history, especially in England, France, and Israel.

The Brazilian variant coded as “P1” is common in the state of Amazonas.

According to the assessment, herd immunity was reached for COVID-19 due to widespread infection in this region, but a sudden rise in cases and re-infections became a cause of concern.

Its ability to re-infect people who have already recovered from COVID-19 has puzzled doctors.

The effects of the Brazilian variant on the course of the disease and mortality rates have not been determined yet. It was also detected in Japan and South Korea in people returning from Brazil.