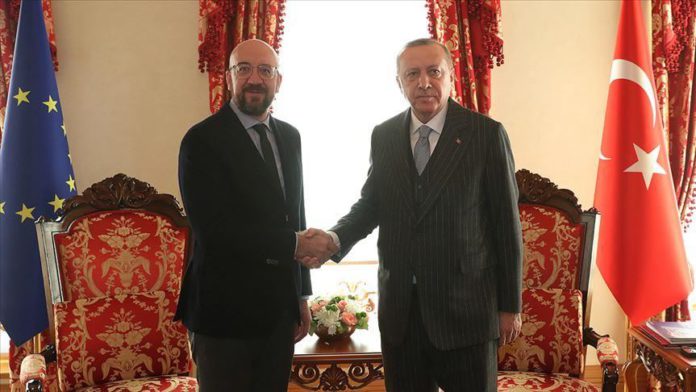 The Turkish president and European Council head on Thursday discussed recent developments in the Eastern Mediterranean, a statement said.

Erdogan said Turkey wants to protect the rights of all countries and reach a win-win situation for everyone in the region.

Turkey will continue to protect Ankara’s rights against attempts to sideline it, the president added.

But, after declaring the deal “null and void,” Turkey authorized the Oruc Reis seismic research ship to continue its activities in an area within the country’s continental shelf.

Erdogan said the only solution to the dispute was through dialogue and negotiation, and urged Athens to respect Turkey’s rights.

Turkey has consistently opposed efforts for Greece to declare an exclusive economic zone based on small islands near Turkish shores, violating the interests of Turkey, the country with the longest coastline in the Mediterranean.