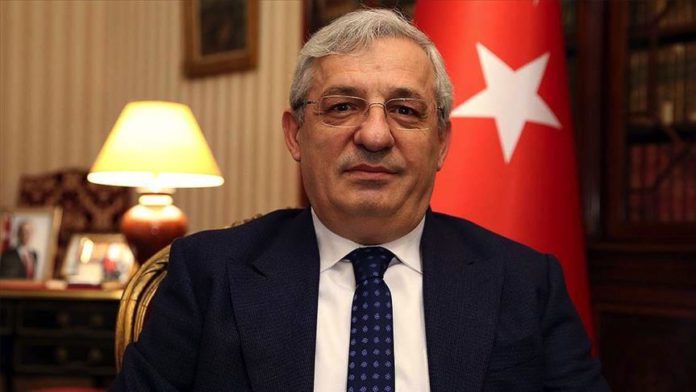 Europe’s “two-faced” attitude towards issues between Turkey and Greece over the Eastern Mediterranean is nonsense, Turkey’s ambassador to France said Thursday.

Speaking at a panel on EU-Turkey relations held by video link, Ismail Hakki Musa discussed the tensions between Turkey, France and the EU in connection with Libya, Syria and the Eastern Mediterranean.

All the activities carried out against Turkey in the Eastern Mediterranean are contrary to international law, Musa stressed.

He went on to say that the EU imposes Greece’s demands on Turkey under so-called unity and solidarity and there is nothing acceptable about this.

The EU has no authority to intervene in the issues between Turkey and Greece, he added.

Turkey — the country with the longest coastline in the Mediterranean — has sent out drillships to explore for energy on its continental shelf, saying that Turkey and the Turkish Republic of Northern Cyprus (TRNC) have rights in the region.