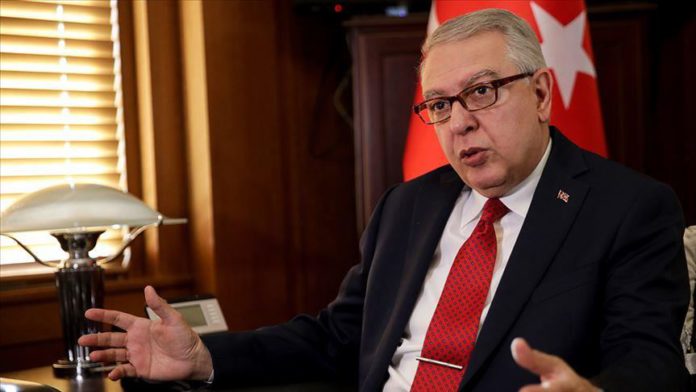 Turkey’s ambassador to the US responded to congressman Adam Schiff Friday in their ongoing row over the conflict in Nagorno-Karabakh.

The second day of exchanged barbs started when Schiff, a Democratic lawmaker from California, accused Serdar Kilic of making “misleading” statements on Twitter the day prior.

“Ambassador, what’s missing from your misleading thread is a renunciation of Azerbaijan‘s use of military force to settle the issues around Artsakh. So, I have questions for you and
@RTErdogan,” he said, using the Armenian name for Nagorno-Karabakh, and referring to Turkish President Recep Tayyip Erdogan, respectively.

“Do you support a ceasefire and return to negotiations? Or do you want war?” Schiff said.

“So,I also have two questions. As a lawmaker a)Do you respect UN as a peace making body and support full implemetation of its resolutions? b)Do you condone use of force for occupation of other country’s territories and reject self defence by the victim in face of aggression”? he asked.

Relations between the two ex-Soviet republics have been tense since 1991, when the Armenian military occupied the region, an internationally recognized territory of Azerbaijan.

Many world powers, including Russia, France and the US, have urged an immediate cease-fire to halt the latest round of fighting. Russia is currently hosting trilateral talks aimed at securing an end to the violence.

Turkey to devise water policy based on council meeting