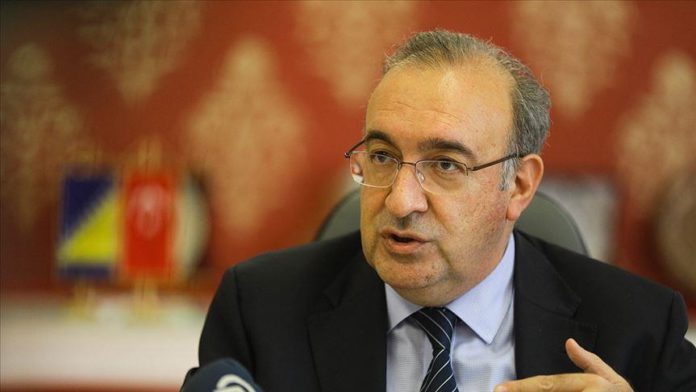 Turkey’s outgoing ambassador to Sarajevo said that Bosnia and Herzegovina had become a second home for his family in the last four years.

His wife, Pinar Koc, who is of Bosniak-origin said she feels sad at the thought of leaving her ancestral land.

Haldun Koc told Anadolu Agency it was a privilege to serve as Turkish ambassador to Bosnia and Herzegovina.

“Bosnia and Herzegovina is blessed with breathtaking natural beauty. But its inhabitants make this country even more beautiful.”

He recalled an unforgettable iftar dinner in Srebrenica, saying it has a special place in his heart.

Haldun Koc added that he also participated in the Peace March to honor the Srebrenica genocide victims.

The envoy said both their daughters did a significant part of their schooling in Bosnia.

“They too have a strong connection with this country.”

* Writing by Talha Ozturk in Belgrade