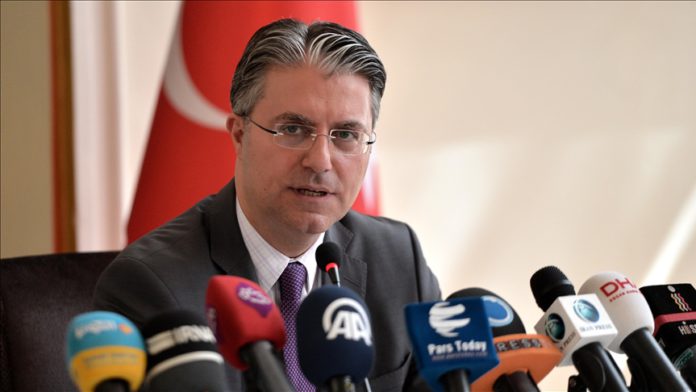 According to a statement by the negotiating team in Kabul, Stanekzai and Tekin discussed ways and means to expedite the stalled peace drive.

Expressing “appreciation” of Turkey’s efforts in the Afghan peace process, Stanekzai said Turkey has historical relations with Afghans, and welcomed its “constructive role.”

The Turkish diplomat reiterated Ankara’s resolve to stand by the people of Afghanistan, and support an Afghan-led- and owned peace process.

In an interview with the Anadolu Agency in March, Tekin said peace talks in Afghanistan have to go beyond the existing US-Taliban agreement.

In April, Turkey postponed a peace conference in Istanbul deemed essential for the war-torn country’s future amid the withdrawal of foreign troops and escalating violence.

US President Joe Biden has announced that all its forces would withdraw from Afghanistan by Sept. 11, and NATO allies are following suit. Since then there has been a surge in violence across the country.

According to the United States Central Command, the US withdrawal from Afghanistan is more than half done.

Afghanistan poll results yet to be announced