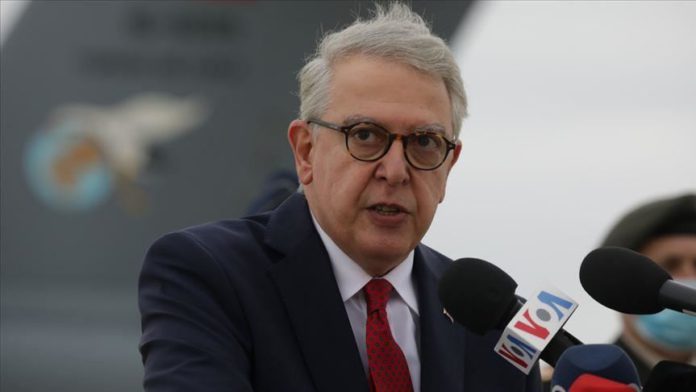 Turkey’s UN envoy on Thursday lashed out at an American congressman who said it is “time to get tough with Turkey.”

Ambassador Serdar Kilic, in a series of tweets, accused Democrat Adam Schiff from California of twisting “the truth as well as the realities on the ground” and said Americans deserve to know the truth, not politically motivated distortions.

Schiff, who is chairman of the House of Representatives Intelligence Committee, targeted Turkey and its President Recep Tayyip Erdogan on Twitter, questioning Ankara’s alliance with the US, citing several subjects.

The congressman first touched on the conflict between Azerbaijan and Armenia, and claimed Turkey “aided and abetted Azerbaijan’s deadly attacks on Artsakh with foreign fighters.”

Kilic said it was Armenia who attacked Azerbaijan twice in the last four months and asserted Baku has not attacked any countries’ territories.

“Azerbaijan is merely exercising its right to self-defense within its own territory, which has been under the Armenian occupation for three decades,” said the envoy.

“Turkey has never endangered any US troops anywhere in the world, including Syria,” said Kilic, who added that Schiff is ignoring threats emanating from American support to the Syrian branch of the PKK terror organization, the YPG.

PKK has been responsible for the deaths of 40,000 people, including women, children, and infants in Turkey.

“On the contrary, since the Korean war, Turkish and US troops have fought side by side in various corners of the world,” wrote Kilic.

On Ankara’s relations with Tehran, the congressman claimed Turkey “cozied up to Iran” but Kilic countered that both nations have been neighbors for centuries.

Schiff also took aim at Turkey’s deployment of the Russian S-400 missile system, and Kilic cited US President Donald Trump’s remarks that Turkey was not treated fairly when it wanted to buy its Patriot defense system.

“Even the US president acknowledged that Turkey was treated very unfairly by its Ally, the US, in its efforts to buy Patriots, and thus was left with no other option but to purchase S-400, due to the imminent threats to its people, forces and population,” Kilic wrote.