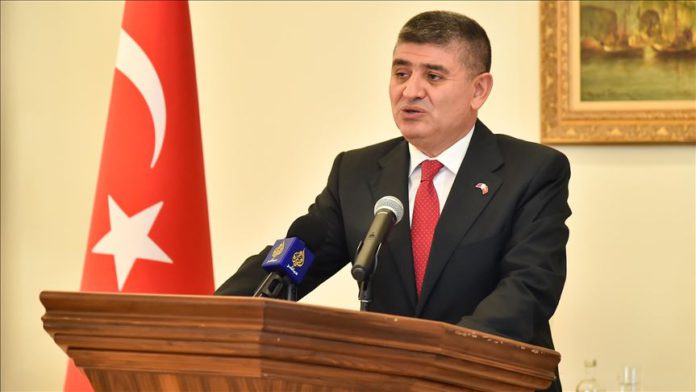 Turkish Ambassador to Qatar Mustafa Goksu has hailed the Gulf state’s solidarity with Turkey after a powerful earthquake in the Aegean region killed at least 79 people.

In a statement on Sunday, the diplomat said he had received many calls from Qatari officials and locals offering to provide assistance to Turkey in the wake of the quake.

“We thank our Qatari friends and brothers for their solidarity over the quake,” Goksu said.

The diplomat also praised a call made by Qatar’s emir Sheikh Tamim bin Hamad Al-Thani with President Recep Tayyip Erdogan. “This stand is not surprising from the brotherly State of Qatar, which has positive positions with Turkey,” he said.

At least 79 people were killed and 962 were wounded in the magnitude-6.6 quake that struck Izmir, Turkey’s third largest city, on Friday.