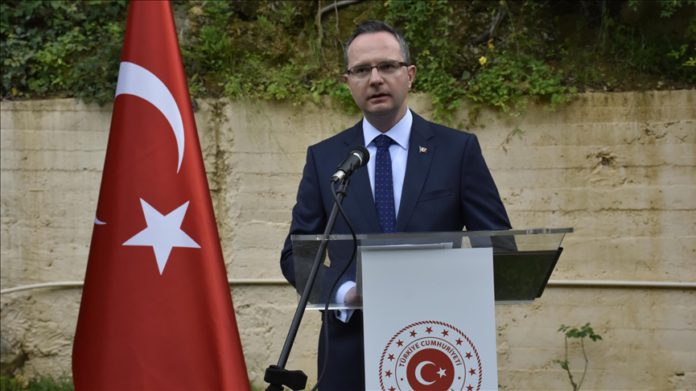 The Turkish Embassy in Beirut on Thursday marked the anniversary of the 2016 defeated coup attempt staged by the Fetullah Terrorist Organization (FETO).

“Although five years have passed since the treacherous coup attempt planned by the terrorist FETO, the pain and anger caused by this heinous attempt are still alive,” Ambassador Ali Baris Ulusoy said.

“This coup attempt has exposed the threat posed by Fetullah Gulen against the state [Turkey] and the nation,” he added in a speech marking the ceremony.

He continued, “The key to eliminating this threat is undoubtedly the unity and strength of the Turkish people who showed their willingness to sacrifice in order to protect their state and democracy.”

Turkey marks July 15 as Democracy and National Unity Day with events nationwide to commemorate those who lost their lives beating back the putschists in 2016 and to remember the bravery of the nation.