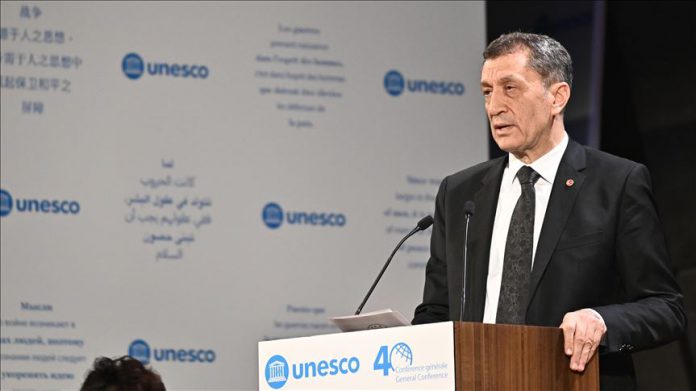 The Turkish education minister said UNESCO can trust Turkey for any meaningful initiative that will take the institution forward.

Speaking at the 40th Session of UNESCO General Conference, Ziya Selcuk expressed his happiness for Turkish Ambassador Ahmet Altay Cengizer assuming the presidency of the conference.

“Turkey will fulfill its part and support UNESCO and the director general in making this organization strong and reformed in order to counter many modern challenges,” Selcuk said.

He added that the expectations from UNESCO are high, and Turkey hopes the organization will regain its strong vision.

The UNESCO General Conference, which is held biennially, is the organization’s highest decision-making body.