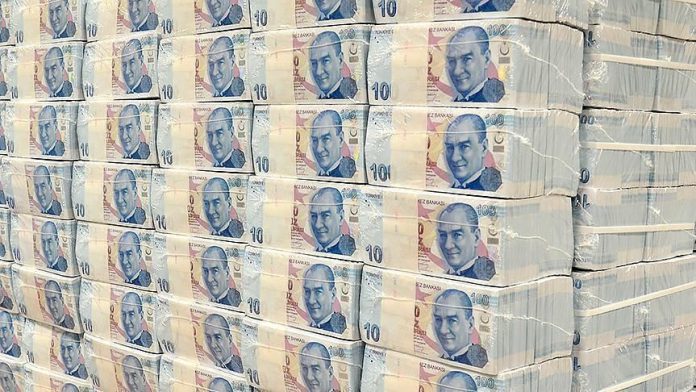 The Turkish economy began rebalancing in 2019, after losing momentum in the second half of the previous year due to the impact of speculative currency attacks.

Turkey has re-entered the path to growth in the third quarter of this year thanks to steps towards balancing as well as interventions against financial attacks.

Following local elections last March, Turkey began an uninterrupted four-year period to prioritize its economy until its next elections, slated for 2023.

The economy expanded 0.9% year-on-year in the third quarter of this year after contracting 2.3% in the first quarter and 1.6% in the second quarter, on an annual basis.

Leading indicators for the fourth quarter also suggest that momentum for growth will accelerate.

Exports and tourism revenues have remained strong and supported a more moderate rebalancing process. Despite developments in the global economy including protectionist measures and trade wars among major actors, Turkish exports have continued to climb.

Reaching historical records in the first half of 2019 with $88.2 billion, Turkish exports rose 1.8% on an annual basis to $165.6 billion in January-November.

Having risen to a ten-year peak of 25.24% in October 2018, the inflation rate significantly declined due to the stability in the exchange rate, the rise in food supply and the decline in imports in 2019.

Since the beginning of the year, inflation fell by almost 10 percentage points from 20.35% in January to 10.56% in November. October recorded the lowest annual inflation rate it had seen in the last three years with 8.55%.

In June, Turkey’s 12-month rolling current account balance posted a surplus for the first time in 17 years, with $538 million.

The country’s 12-month rolling surplus amounted to $4.33 billion as of October.

The first development plan of the Presidential Government System covering the period of 2019-2023, was also released this year. The plan aims to increase the country’s GDP to $1.08 trillion by 2023 and exports to $226.6 billion, as well as reduce unemployment to 9.9% with 4.3 million new jobs.

The country’s new economic program, under the theme, Transformation begins, for 2020-2022 was unveiled on Sept. 30. The government set a target of 5% for annual growth over next three years.

Although Turkey’s launch of its anti-terror Operation Peace Spring on Oct. 9 caused uncertainty about the country’s foreign policy, domestic assets regained value due to the positive outcomes of meetings with the U.S. and Russia.

Starting the year around 90,500, Turkey’s stock exchange Borsa Istanbul hit its highest level with 114,000 points in December after dipping to as low as 83,535 points in May.

The dollar/lira exchange rate followed a fluctuating course this year, while it was 5.30 as of the end of 2018. The rate is set to close the year at around 5.90 after sinking to 5.18 earlier in the year.

Turkey replaced the previous governor of its Central Bank, Murat Cetinkaya, in July with the bank’s deputy governor, Murat Uysal.

Since the beginning of this year, the Turkish Central Bank has cut its policy rate a total 1,200 basis points to 12%, down from 24%.

The bank announced that next year it would raise the number of its monetary policy committee meetings to 12.

A UN Development Program (UNDP) report classified the country in the very high development category in 2018 for the first time, with a 0.806 value in the human development index (HDI). Turkey ranked 59th among 189 countries and territories.