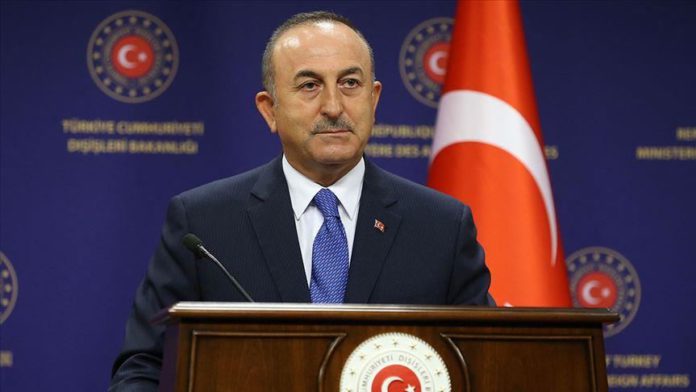 The Turkish foreign minister on Tuesday affirmed that all activities of Turkey in the Eastern Mediterranean are in line with NATO regulations.

Speaking at a joint press conference with his Congolese counterpart Jean-Claude Gakosso, Mevlut Cavusoglu said: “Our drills [in the Eastern Mediterranean] are conducted within the framework of NATO rules.”

Cavusoglu’s remarks came in response to a question regarding Greek Foreign Minister Nikos Dendias’ statements claiming that Turkey is carrying out “exercises with live ammunition”.

Cavusoglu further addressed Athens’ unwillingness for dialogue to ease tensions and recalled reconciliation initiatives by the EU and NATO.

“Greece made it clear that it is not in favor of dialogue by saying ‘no’ to the recent [reconciliation] initiatives,” he noted.

Top Turkish diplomat further stressed the necessity of having a principled stance and acting honestly and called on Greece to come the negotiation table.

Dialogue for sharing these resources fairly will be a win-win for all sides, say Turkish officials.