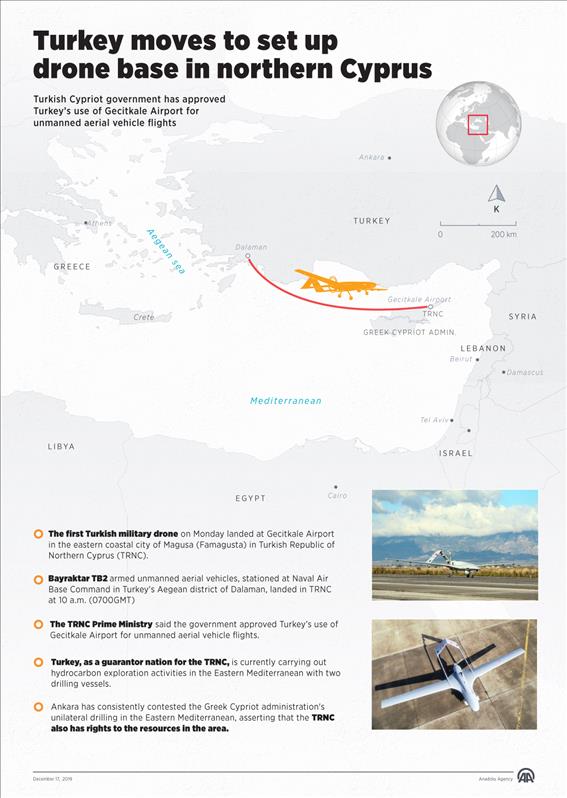 As the first Turkish military drone landed Monday at an airport in Northern Cyprus, experts called the move a necessity to protect the rights of Turkey and the Turkish Cypriots.

Turkey’s move had both political and technical dimensions, Murat Aslan, a researcher on security issues for the Foundation for Political, Economic and Social Research (SETA), a Turkish think tank, told Anadolu Agency.