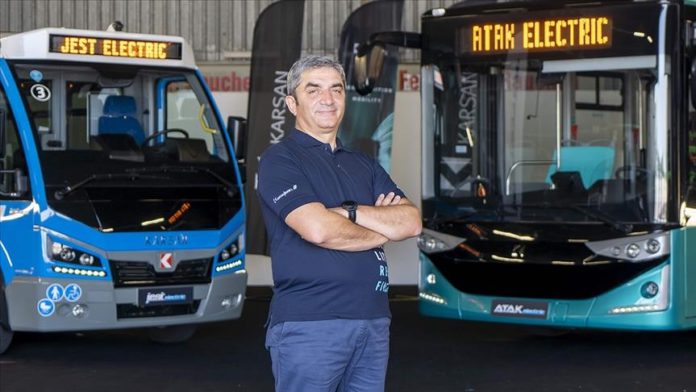 “We’ve sold one to Romania, it will work as a shuttle in a technopark there. Then we will send a vehicle to the US in May-June,” he said, adding that the company is also in talks with other countries.

Pointing that the company has been selling electric vehicles in the market for three years, Bas said that as a commercialized and mass production, Autonomous Atak Electric is the first in the US and Europe.

The test drive of the bus was completed with the attendance of President Recep Tayyip Erdogan on Monday.

Automated Atak Electric will be fully aware of its surroundings, detect living and non-living entities much accurately than human senses thanks to its various sensors, in-vehicle computing power, HD-Map technology, and autonomous driving software platform.