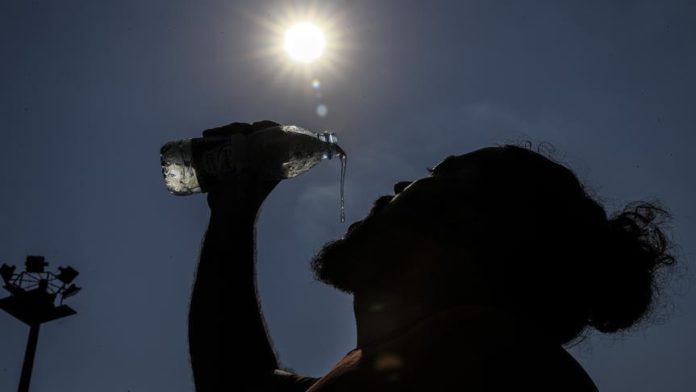 Spending more time outdoors during the summer can lead to a higher risk of “summer diseases,” including heatstroke, infections, insect bites and food poisoning, a Turkish doctor warned on Friday.

In a statement from Bayindir Health Group, Dr. Serpil Kilinc said extended exposure to the sun and environments with high temperatures causes heatstroke where the body fails to balance its temperature through perspiration.

With the increase in temperatures, the skin will turn hot and dry, the body temperature will rise, breathing and pulse will speed up, accompanied by behavioral disorder and mental fog.

Kilinc also warned about food poisoning resulting from insufficient protection of food from heat, which can cause symptoms such as nausea, vomiting, stomachache and diarrhea.

She said being in environments where maintenance of air conditioners have not been conducted properly may lead to atypical infections with high fever.

“Besides, spending time outdoors in summer, in picnic, green areas causes an increase in the incidence of diseases transmitted by insects,” said Kilinc. “Mosquito bites are very dangerous in areas where malaria is common. Bee stings can cause allergic reactions, people need to be careful with that. Tick bites cause Crimean-Congo Hemorrhagic Fever,” she said.

“You should not be outside when the heat is intense. Wear glasses and a hat when going out,” to protect from heat-related diseases, she said. “Sunscreens with appropriate factors should be used. Thin and light-colored clothes should be preferred and plenty of liquids should be consumed.”

“Food should be stored under a certain temperature in the refrigerator and consumed immediately after cooking. Skins of fruit must be peeled before eating even if it is washed,” said Kilinc.​​​​​​​

Drawing attention to the significance of hygiene, Kilinc said, “You should definitely take a shower before and after swimming in the pool. During the summer months, eating, drinking and sleeping patterns should not be changed due to the late sunset. Sports should be done in cool environments and heavy exercises should be avoided.”