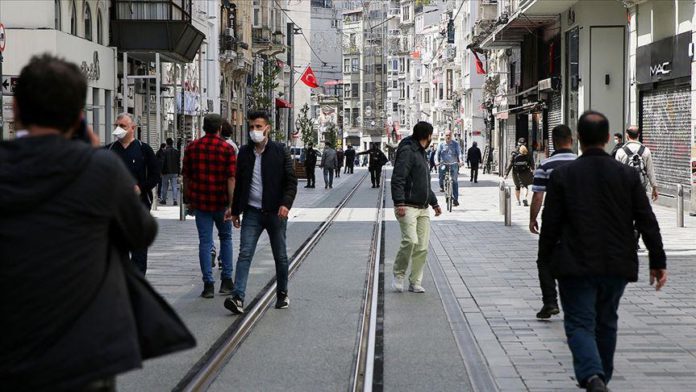 With Turkey announcing the easing of coronavirus restrictions on March 1, rules on wearing masks, social distancing and hygiene should be strictly followed so that the number of coronavirus cases does not increase rapidly, a Turkish doctor said Wednesday.

Dr. Mustafa Necmi Ilhan, dean at Gazi University Medical School in the capital Ankara and a member of the Health Ministry’s Social Science Board, spoke to Anadolu Agency on quarantine and isolation practices and the course of the coronavirus.

Stating that the pandemic is a dynamic process, Ilhan said that transmission of the virus is affected by social practices, behaviors and restrictions.

For this reason, Ilhan said the pandemic does not have a standard course such as that of high blood pressure and chronic lung disease, adding the changes should be handled accordingly.

He also recalled that the virus, which emerged in Wuhan, China, started spreading throughout the world in February last year.

“At this stage, it is still possible to say that the center of the pandemic is the US, followed by Europe, Russia and India.”

Following the first confirmed case in Turkey, Ilhan said the schools were closed in March last year, distance education was implemented at universities and transportation between provinces was restricted.

He said Turkey also restricted overseas travel and implemented a curfew on weekends, adding these regulations had a positive impact on the outbreak, especially in April-May.

At the beginning of the outbreak, the Turkish government adopted an approach of keeping shopping centers, barbers and hairdressers open, as it was observed that people followed the rules, he said.

“Looking at the month of June, it was predicted that the society would follow the rules in the same way, but that was not the case…This brought about increases in cases,” he noted.

“Especially after Eid al-Adha, we observed that the virus spread to all of Anatolia with the increase of circulation between the provinces.”

He noted that holiday season was also another timeframe that triggered the spread of the virus.

Ilhan underlined that there was a difficult time in terms of an increase in cases in Ankara in September and in Istanbul in October.

“There were also problems in provinces such as Gaziantep and Sanliurfa. With the help of the success in the health system, September-October resulted in as few deaths as possible, but by the end of November, it was seen that the public started not to comply with the rules,” he said.

Ilhan noted that Turkey again implemented strict restrictions due to the increase in cases, adding that not allowing people to dine in restaurants and an obligation on the closing time (8 p.m.) for places such as markets, restaurants and barbers were implemented.

He emphasized that the curfew restrictions applied on weekday evenings and weekends since the end of November have had a positive effect on the number of new cases.

Pointing out that the success achieved in the reduction of cases was not seen immediately in the serious illness and mortality rates, Ilhan said: “With compliance with the rules, the decrease in the number of cases can be seen within approximately 2-3 days, but this effect on severe patients in intensive care units can be seen up to one month, and the decrease in the number of deaths can take up to three months.”

He pointed out that if the rules are not followed, it is only a matter of time before a high number of cases will occur again.