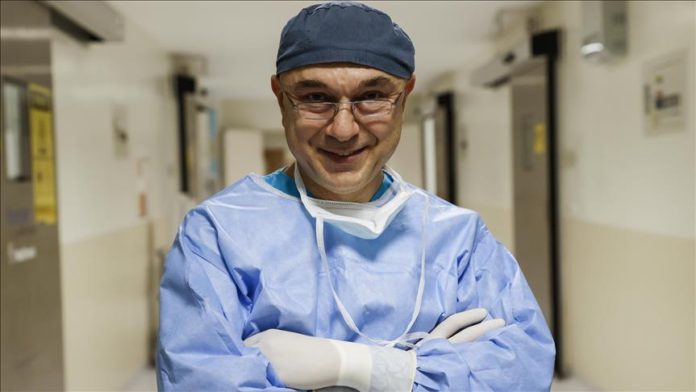 “The operation of deep brain stimulation lasts for about 3-3.5 hours. We perform it while our patients are awake,” said Zirh, who is a brain and nerve surgery specialist at Medipol University. “We hold the operation while talking to the patients.”

The operation was held on Ugur Bagav, a 34-year-old man who began to suffer from body tremors in his early 20s, and he was later diagnosed with Parkinson’s Disease by Zirh.

As the disease progressed, Bagav experienced difficulty walking and balancing his body, and he eventually isolated himself from the public; he then resorted to Zirh to solve his ongoing health trouble.

Zirh said Parkinson’s Disease was usually common among people at 65. However, up to 10% of the patients were younger than 50, as with Bagav.

“Firstly, the symptoms led by tremors gradually progress. As he has not responded adequately to any sort of medical treatment, we are performing neurostimulator operation on him,” he said. “Today, we are performing the 1000th deep brain stimulation operation in the context of movement disorders.”

According to the doctor, who was listed in the Guinness Book of Records in 2018 for the largest count of deep brain stimulation procedures, said the was like “turning the clock of disease back” as a patient suffering from the disease for a decade could go back to the first or second into the disease, meaning patients could be independent once again or even return to their jobs.