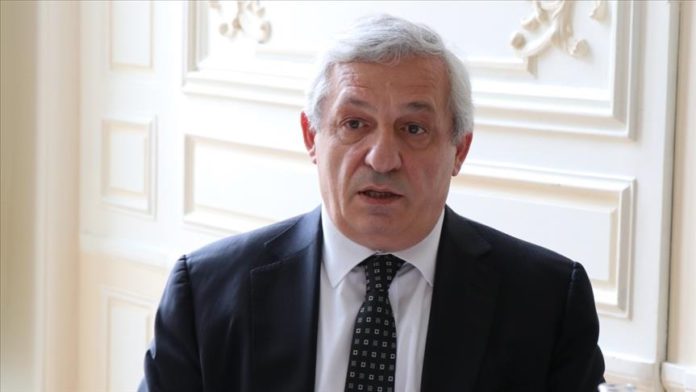 Turkey’s ambassador to Paris announced on Saturday that his over four-year tenure in France has now reached its end, and reflected on his tenure in the City of Light.

In a statement, Ismail Hakki Musa said that as of March 13, he has completed his mission in France and Monaco, a posting he started back in November 2016.

Musa thanked all his friends in France and Monaco for their interest and support for him and his colleagues during that period.

“During my four-year tenure, we worked hard together with my colleagues at our embassies and consulates to improve our country’s relations with France and Monaco, to deepen the existing cooperation in every field, and to provide better service to our citizens,” he said.

He stressed that the support he got from Turkey always gave him strength.

On the difficulties caused by COVID-19, he said that despite the pandemic, commercial and economic cooperation between the two countries has not regressed, adding that the efforts of Turkish and French businesspeople played an important role in maintaining the trade volume.

He said that with a total investment of nearly €7.5 billion ($8.3 billion) French companies continued to be the main foreign investors in Turkey, adding that boosting mutual investments and raising the bilateral trade volume to €20 billion ($23.9 billion) are among the main goals.

Musa also stressed that Turkish-French relations have deep roots, with over 500 years of history, and that the dialogue established between leaders in relations between the two states has always played a major role.