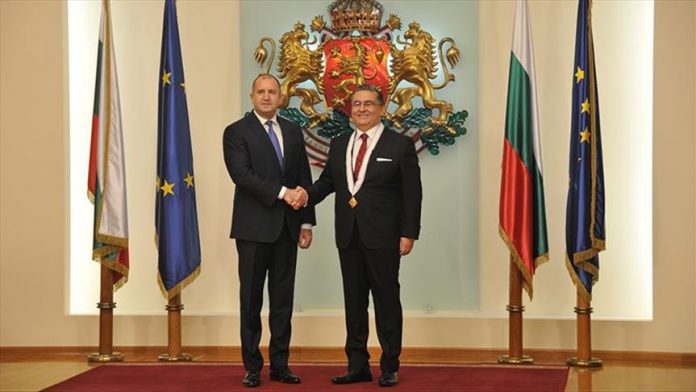 Bulgaria’s president on Monday awarded Turkey’s ambassador to the country with a Bulgarian state order.

Rumen Radev awarded an Order of the Madara Horseman to Hasan Ulusoy for his efforts in improving bilateral relations, trade and investment between the two countries.

During the award ceremony, Radev said bilateral ties were pragmatically improving on security and migration, while bilateral cooperation on diversifying resources and energy routes were benefiting for the entire region.

Ulusoy said during his term as ambassador that state authorities between the two countries had visited or contacted each other a record 120 times.

“For the last two