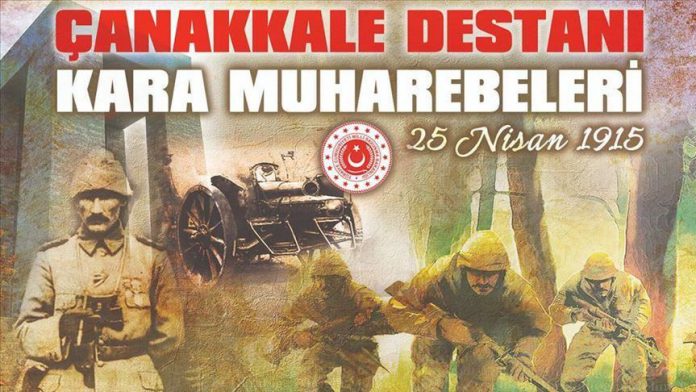 Turkey’s National Defense Ministry on Saturday commemorated the martyrs of the Canakkale Land Battles on the Gallipoli peninsula on its 105th anniversary.

“On the 105th anniversary of the Canakkale Land Battles, where Gazi Mustafa Kemal Ataturk and his fellow soldiers put up a great fight, we commemorate our precious martyrs who made Canakkale impassable and our war veterans,” said the ministry on Twitter.

Tens of thousands of soldiers died in one of the world’s most ferocious battles 105 years ago in Ottoman Turkey during World War I.