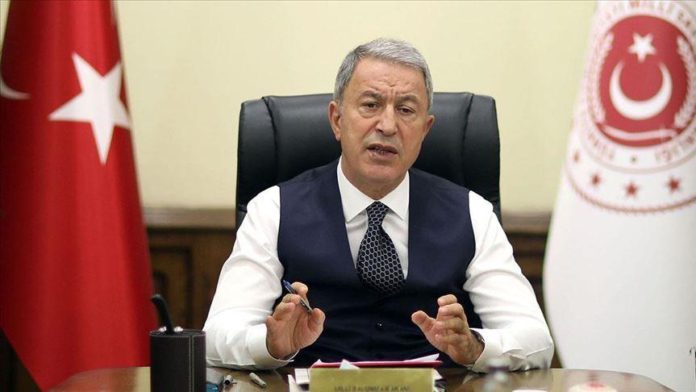 The Turkish defense minister on Thursday slammed a so-called resolution in the French Senate urging the recognition of Nagorno-Karabakh as “a republic”.

Speaking to Anadolu Agency, Hulusi Akar said: “[The decision] once again showed that France is part of the problem not the solution in the Karabakh issue.”

On the illegal search of a Turkish-flagged commercial ship by an EU operation to enforce a Libya arms embargo, Akar said the responsible parties are trying to “blame each other as they are aware it was illegal.”

Akar also commented on a recently signed contract between the Afghan government and UAE-based consortium on handling ground services at Hamid Karzai International Airport in Kabul.

Turkish minister expressed “respect to Afghanistan as a sovereign state” but stressed that “it should be reviewed on legal and operational terms.”