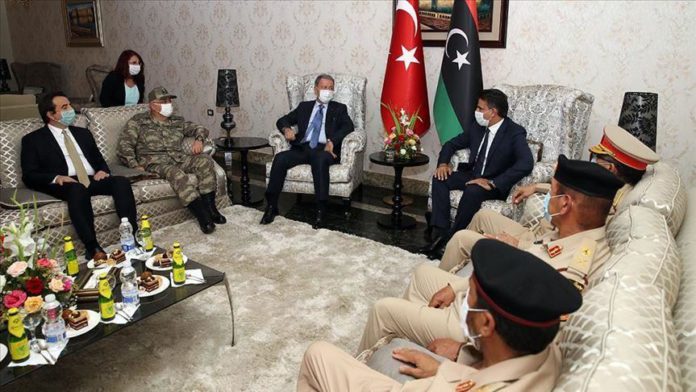 Turkish Defense Minister Hulusi Akar and Chief of General Staff Gen. Yasar Guler on Friday visited Libya to review the activities carried out under a memorandum of understanding between the two countries.

A military ceremony was held for the duo upon their arrival at the Mitiga International Airport in the capital Tripoli.

Following the ceremony, Akar and Guler went to the Defense Security Cooperation and Training Assistance Advisory Command, which was created within the scope of the memorandum of understanding (MoU) between Turkey and Libya.

The UN recognizes the Libyan government headed by Fayez al-Sarraj as the country’s legitimate authority, as Tripoli has battled Haftar’s militias since April 2019, a conflict that has taken over 1,000 lives.
* Writing by Gozde Bayar