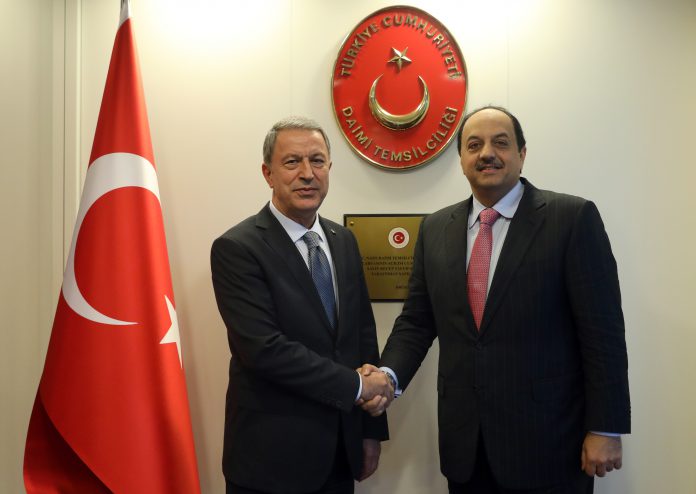 The meetings came on the sidelines of the second day of NATO defense ministers meeting in Brussels.