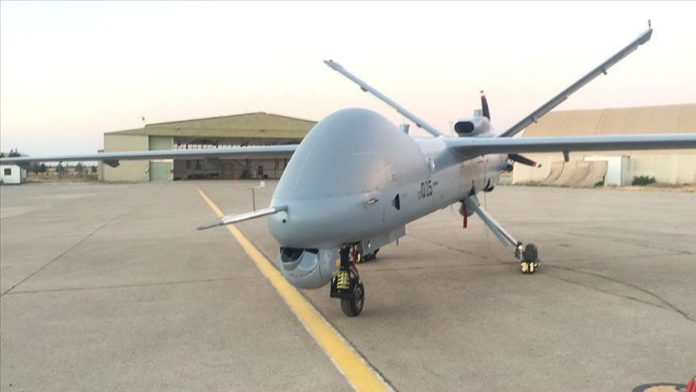 Turkey’s defense industry is proceeding on its way regardless of embargo decisions, the head of the country’s Defense Industries Presidency said.

“Our CATS [Common Aperture Targeting System] cameras, which will be equipped on our armed unmanned aerial vehicles [UAVs], are going into mass production, thanks to those who contributed,” Ismail Demir tweeted.

Aselsan — the Turkish defense giant — will continue to work on upgrading the camera, he added.

On Monday, Canada announced it suspended exporting some defense products to Turkey over an allegation that the “Canadian technology is used in the military conflict in Nagorno-Karabakh.”

Canadian Foreign Minister Francois-Philippe Champagne said: “In line with Canada’s robust export control regime and due to the ongoing hostilities, I have suspended the relevant export permits to Turkey, so as to allow time to further assess the situation.”

“Canada’s statement regarding the suspension of export permits of some military products to our country, citing the rightful struggle of Azerbaijan to liberate its territories which were under the Armenian occupation for 30 years, is an indication of this country’s double-standard approach,” the ministry added.

Several Turkish firms are active in the defense field through their cutting-edge military products such as armed UAVs, remote control guns, missiles, and air defense systems.

Study suggests 14% of New Yorkers have had COVID-19