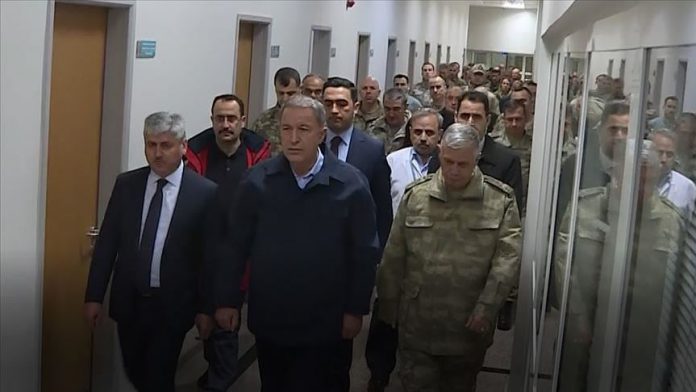 After visiting the tactical command center, Hulusi Akar went to the hospital in the southern Hatay province, near the Syria border, with Land Forces Commander Umit Dundar and Air Forces Commander Hasan Kucukakyuz.

Doctors at the hospital told Akar and the generals about the soldiers’ conditions.

Late Thursday, at least 33 Turkish soldiers – in the border region under a 2018 deal with Russia in which acts of aggression are prohibited ­– were killed while dozens

Environmental disasters across globe in February 2021