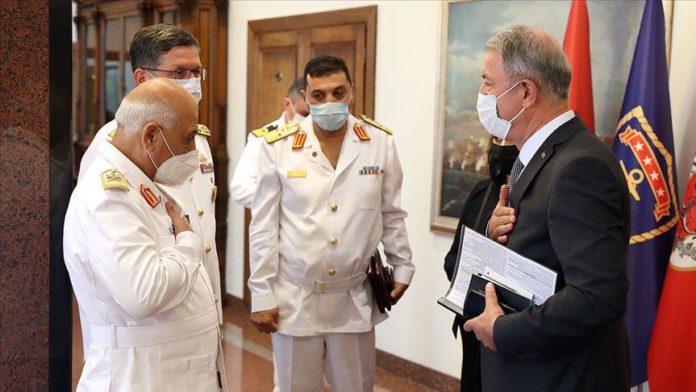 According to a statement, in his meeting with Chief of Naval Staff Abdul Hakim Abu Hawliyeh, Hulusi Akar said Turkey stood by Libya’s legitimate government, which is recognized by the UN, to ensure peace and lasting stability in the North African country.

Akar reiterated that Ankara would continue its military and security training and consultancy efforts with Libya, with which Turkey has 500 years of common history and historical fraternal ties, the statement said.

This March, the government launched Operation Peace Storm against Haftar to counter Haftar’s attacks on the capital Tripoli, and recently liberated strategic locations, including Al-Watiya airbase and the city of Tarhuna, Haftar’s final stronghold in western Libya.