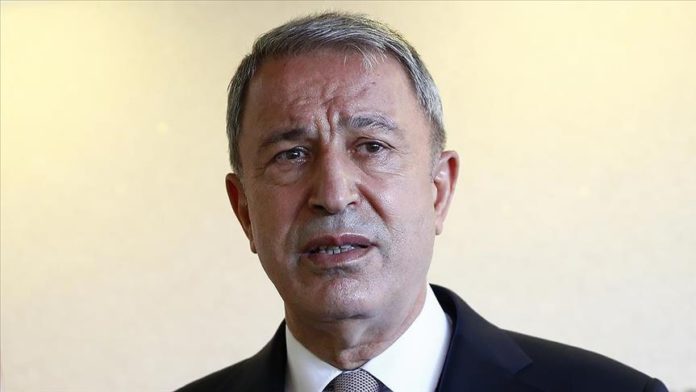 Turkey’s defense chief said on Thursday that 1915 incidents had a special significance for him because of his doctoral dissertation and his academic studies.

Hulusi Akar wrote, “Armenian Question and Harbord Report” for the RealClearDefense website where issues related to strategy and safety were discussed.

Reminding readers that he penned a dissertation, “Harbord Military Mission to Armenia,” he said American Gen. James Guthrie Harbord was an outstanding soldier who played an important role in conflicts the US was involved in, from the Mexican Revolution to World War I, and took an active role in forming modern diplomatic relation between his country and Turkey as well as the Middle East.

“Consisting of 1,603 pages, the report cleared the curtain of mysteries and propaganda, and presented his intellectual honesty and objectivity in his approach to the relations between the Ottoman Empire and the Armenian subjects during warfare,” he said.

He added that Harbord confirmed that Turks and Armenians lived in peace for years, quoting Harbord’s expressions which pointed out that the two nations lived on the same land together in peace for five centuries, which indicated mutual solidarity and reciprocal relations.

Turkey objects to the presentation of the incidents as “genocide,” describing them as a tragedy in which both sides suffered casualties.